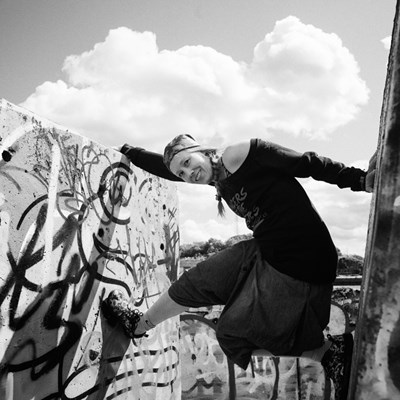 Johanna works as Call Out Finland's producer in Central Finland and Birkaland at the moment. She is also always looking for new collaborations, so please contact Johanna if you would like to bring Call out Finland to your home town.

Johanna discovered the world of house almost two decades ago, when she traveled around Finland and visited warehouse parties and clubs. During her study period in Joensuu Johanna found the dance school world and at Veera Malmivaara’s house dance classes she went back to her roots in house. At this time Johanna also started actively searching for street dance events in Finland.

Johanna quickly noticed that the street dance world lacked a common portal for all events and happenings. Therefore, she decided to start Flowwi, a web magazine specializing in street dance culture, which later developed into a website. Thanks to Flowwi, Johanna's contact network grew, and she was given the opportunity to participate in the production of various street dance events. This made her interested in the profession as a cultural producer.

As a trained Cultural Producer (Polytechnic), Sound Designer (Polytechnic) and Dance Movement Therapist, Johanna has had the opportunity to work with many different tasks within the dance and youth culture fields. She succeeded in combining these tasks after having contacted Ramona Panula, whose Call out Jam she was inspired by in the summer of 2016. Here Johanna’s and Ramona's joint journey and the promotion of cultural youth work on the terms of hip hop and street dance began.